It’s amazing how many of these weird lights keep being caught on video over Russia. 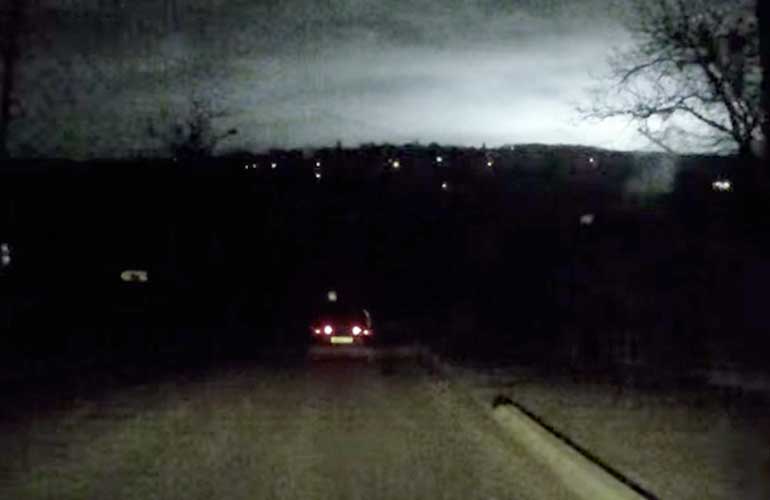 It looks like another meteor, but could it be something else? UFO, Lightning, Flare or secret Russian EMP (Electromagnetic Pulse) Weapon?

Parts of southern Russia clocked a strange new phenomenon this week – a white flash in the heavens no one can explain.
The incident was caught on a driver’s dashboard camera in the early hours of Tuesday near the city of Stavropol.
Suggestions ranged from the straightforward – lightning, a flare, a meteor or military exercises.
One user suggested it could be the Kremlin testing an electromagnetic pulse (EMP), a weapon made famous in man-vs-machine blockbuster The Matrix.

Robert Anton Wilson – The Map Is Not The Territory: The Future Is Not The Past