More weird objects captured near the sun by NASA SOHO — one even looks like a massive “angel-like” UFO!

The image was snapped by the Large Angle and Spectrometric Coronagraph (LASCO) C2 camera of NASA’s Solar Heliospheric Observatory (SOHO) satellite on the 31st July 2015, an similar (identical) object was seen in 2012.

Repeated sightings of the “angelic” UFO in NASA’s SOHO images of the Sun with its signature trail, has strengthened the conviction that its appearance is not an incidental pixelation flaw but evidence of a definitely structured alien interstellar shuttle that makes stopovers at the Sun to refuel during regular interstellar commutes. 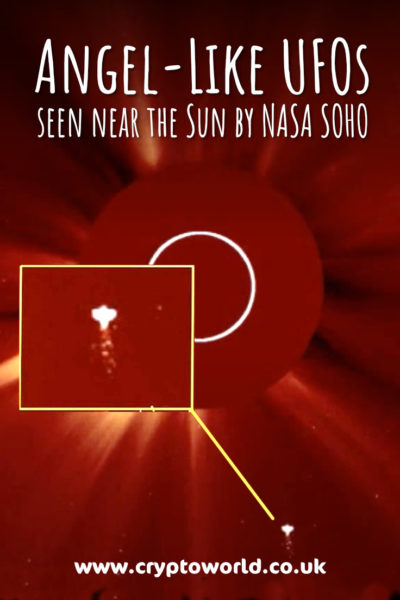