NASA confirms water exists on sunny parts of the Moon

Water on the Moon might be more easily accessible than previously thought, opening up new avenues for future human exploration.

Water on the Moon would be good for more than just drinking. It can be chemically split into hydrogen and oxygen, yielding components for rocket fuel—and breathable air. Having ready supplies of water on the lunar surface would be a boon for colonists there, because it is so expensive to transport from Earth. A 2008–09 orbital expedition detected the signature of water in shadowy lunar hollows. But how much is there?

To find out, Paul Hayne, a planetary scientist at the University of Colorado, Boulder, and his colleagues estimated the number and size of permanently shadowed polar regions, where temperatures remain below –163°C. Any water in those areas would have likely come from meteorites, comets, and other objects that once slammed into the Moon’s surface. Most water would have vaporized, but some would have drifted through the sparse atmosphere until it reached a shadowy nook, only to deposit as frost on the ever-frigid rocks and soil.

Analyzing high-resolution lunar images, the team calculated that the Moon’s polar regions host about 40,000 square kilometers of permanently shadowed areas that could contain water, from kilometers-wide craters to shallow depressions in the meteorite-gouged terrain, they report today in Nature Astronomy. About 60% of that area is in the Moon’s southern hemisphere.

NASA is aiming to send people back to the Moon as part of its Artemis program by 2024, with plans to eventually create a sustainable presence on the lunar surface.

The new study in the journal Nature Astronomy confirmed that water can persist on the sunlit parts of the Moon, meaning it’s likely more easily accessible than previously thought.

Finding easy to access water on the Moon would make future space exploration easier and cut back on resources need to launch from Earth. 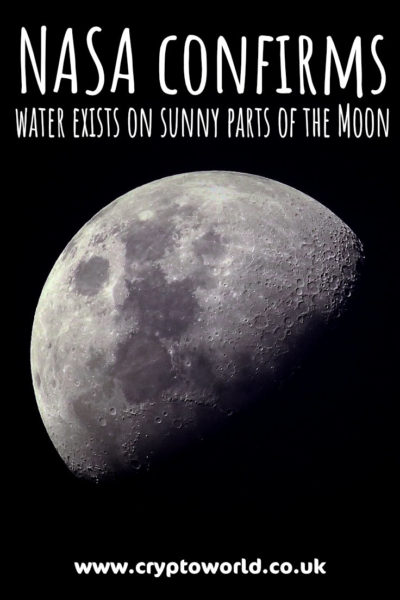