A new study reveals the presence of phosphine (PH3) on Venus: a molecule that could be an indicator of microbial life in the planet’s clouds. On Earth the molecule is only made either industrially or by microbes that survive in oxygen-free environments.

The international team of astronomers, led by Professor Jane Greaves of Cardiff University, announced the discovery of a rare molecule – phosphine – in the clouds of Venus. On Earth, this gas is only made industrially, or by microbes that thrive in oxygen-free environments.

Astronomers have speculated for decades that high clouds on Venus could offer a home for microbes – floating free of the scorching surface, but still needing to tolerate very high acidity. The detection of phosphine molecules, which consist of hydrogen and phosphorus, could point to this extra-terrestrial ‘aerial’ life. The new discovery is described in a paper in Nature Astronomy.

The team first used the James Clerk Maxwell Telescope (JCMT) in Hawaii to detect the phosphine, and were then awarded time to follow up their discovery with 45 telescopes of the Atacama Large Millimeter/submillimeter Array (ALMA) in Chile. Both facilities observed Venus at a wavelength of about 1 millimetre, much longer than the human eye can see – only telescopes at high altitude can detect this wavelength effectively. Professor Greaves worked on the discovery while acting as a visitor to the Institute of Astronomy in Cambridge University.

Hints of life on Venus

The news is very exciting, but before we get carried away, it’s worth pointing out some details in the paper: If no known chemical process can explain PH3 within the upper atmosphere of Venus, then it must be produced by a process not previously considered plausible for Venusian conditions. This could be unknown photochemistry or geochemistry, or possibly life. Information is lacking—as an example, the photochemistry of Venusian cloud droplets is almost completely unknown. Hence a possible droplet-phase photochemical source for PH3 must be considered (even though PH3 is oxidized by sulfuric acid).

And further notes: Even if confirmed, we emphasize that the detection of PH3 is not robust evidence for life, only for anomalous and unexplained chemistry. There are substantial conceptual problems for the idea of life in Venus’s clouds—the environment is extremely dehydrating as well as hyperacidic. … To further discriminate between unknown photochemical and/or geological processes as the source of Venusian PH3, or to determine whether there is life in the clouds of Venus, substantial modelling and experimentation will be important. Ultimately, a solution could come from revisiting Venus for in situ measurements or aerosol return.

Read the full paper here: Phosphine gas in the cloud decks of Venus

Venus is a dim world of intense heat and volcanic activity. Similar in structure and size to Earth, Venus’ thick, toxic atmosphere traps heat in a runaway ‘greenhouse effect.’ The scorched world has temperatures hot enough to melt lead. Glimpses below the clouds reveal volcanoes and deformed mountains. Venus spins slowly in the opposite direction of most planets.

Distance from the sun: About 67 million miles, about 3/4 as far as the Earth is from the sun.
Year: About 225 Earth days.
Day: About 243 Earth days.
Average diameter: About 7,500 miles, almost as large as Earth.
Surface temperature: 864 degrees Fahrenheit.
Atmosphere: Carbon dioxide, nitrogen. 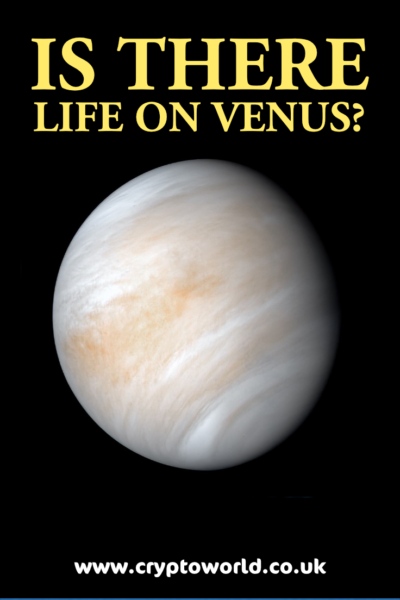