Time to Die? Scientists claim they have created an online test to predict the likelihood of an individual dying within the next five years! 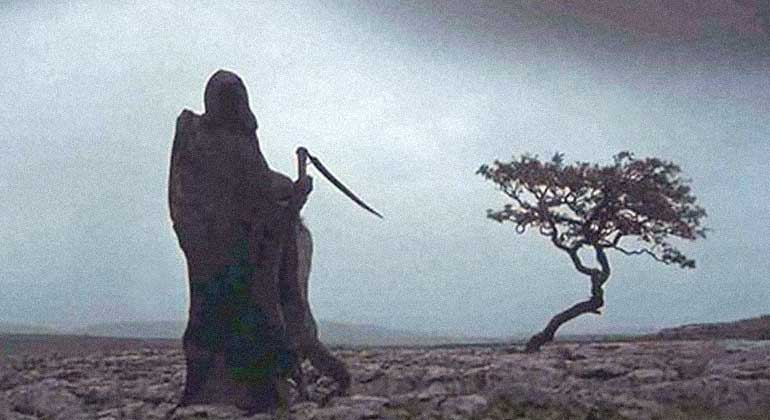 The UbbLE Risk Calculator asks 40-70 year olds a series of questions about their background, lifestyle and health, including walking speed, number of cars owned and marital status.

Claiming an 80% accuracy rate, it is based on research into the lifestyle and health measurements of nearly half a million people (a large scale project named UK Biobank) and was publicised in the 3 June edition of medical journal The Lancet.

The websites Disclaimer is rather amusing.

The risk calculator will only provide accurate estimations for men and women aged 40 to 70 years living in the UK.

However, in general, risk calculators can never predict the future for any specific individual in a deterministic sense, and should be interpreted on a population level. For example, if the risk of dying within five years is 2%, this means that out of 100 people of the same age, sex and risk profile, 98 will survive and 2 will die over the next 5 years. The result is in no way intended to be an accurate prediction of the relevant risk related to a specific person.

Source: When Will I Die? – UbbLE Risk Calculator Can Predict If You’ll Die Within Five Years.

In the late 80s I started investigating UFOs and crop circles and joined the CCCS (Centre for Crop Circle Studies) and a local group researching strange sightings and reports along the south coast of Dorset (UK). In the early ’90s I started my own research group called SPS (Strange Phenomena Studies), this was renamed in 2004 to Cryptoworld.
advertisements

CCTV of Elephant cleaning up the trash