This CCTV video is unbelievable! A man out jogging gets struck not once, but twice by lightning. Bizarrely he just gets up and walks off! The chances of getting struck once are slim, but twice in crazy!

The chances of being struck by lightning once are high enough.

But one unfortunate man appears to have been electrocuted twice within the space of a minute by two almighty bolts of lightning.

The hapless pedestrian had been jogging along a quiet city street when CCTV captured the astonishing moment on April 11.

Shortly before the apparent freak accident a walker carrying an umbrella and a jogger had passed through the street unscathed.

Source: How lucky can you get! Incredible story of how man survives being hit by lightning TWICE in remarkable CCTV footage. 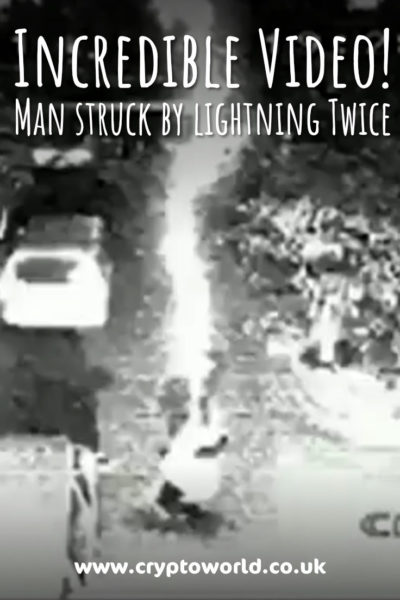