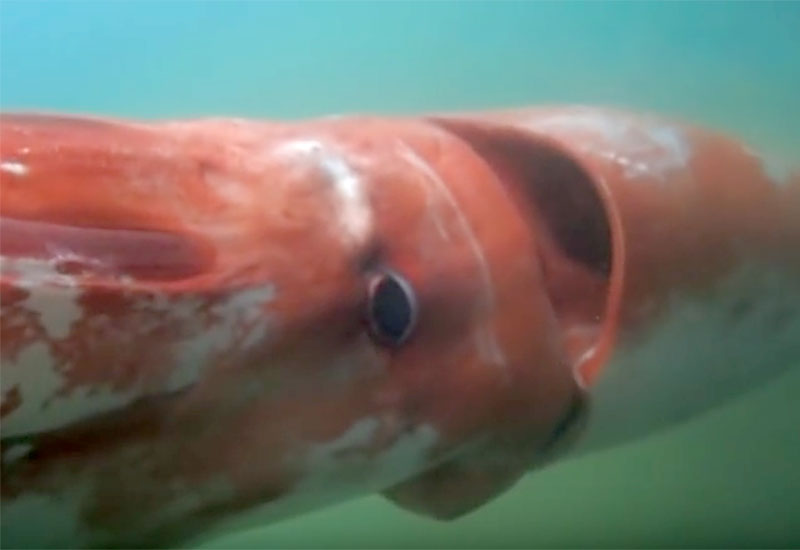 The bay is known for being a breeding ground for hordes of luminous firefly squid, but it’s a rare sight to see a giant squid swimming this close to shore according to diving shop owner Akinobu Kimura, speaking to CNN.

Kimura swam close and filmed the estimated 3.7 metre (12.1 foot) squid, before helping guide it back to the ocean. It’s the first sighting of a giant squid this season, which runs from November to March — there were 16 reports of these freaky creatures being caught in fishing nets last season, the outlet reported.