Good old YouTube, this is a rather weird video of a remote controlled sewer-cam, used to search for blockages and to inspect the overall condition of sewer. 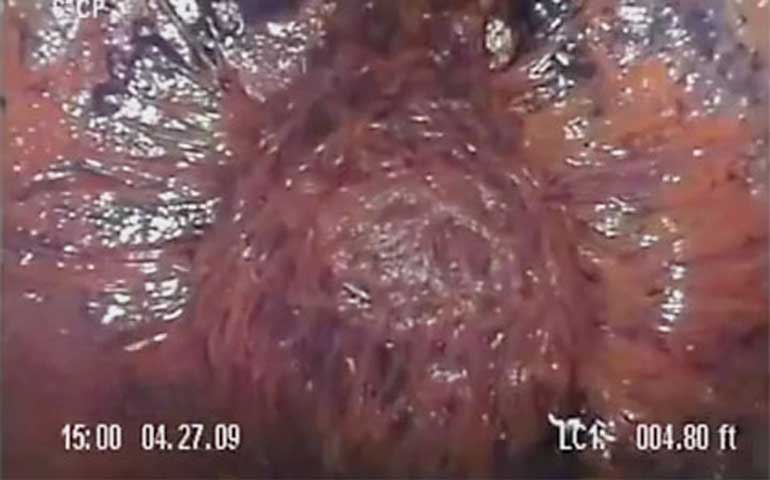 Unfortunately there is no reference to size or scale, but I’m guessing the pipes aren’t that big – possible too small to walk or even crawl through?

So what is it? Most YouTube comments are suggesting it’s a form of bryozoan, a tiny colonial animal that generally builds a stony skeletons of calcium carbonate similar to coral.

But whatever these things are they don’t appear to have a hard structure! That’s when I discovered that some species of bryozoan can lack any calcification and instead have a mucilaginous or viscous like structure (source: Wikipedia).

Others have suggested it could be aestivating land snails waking up (seems unlikely as it’s generally wet in the servers) or even a type of fresh water jellyfish?

Anybody out there have an answer? Or suggestion?

UPDATE: The mystery has been solved.
Check out the new post “Sewer Creature is REAL – but not what you’d expect!” for more information.